Robots are here: are you ready?

Robots are on the cusp of escaping from factories or research labs and entering into the wider world. Robots that are not quite human, but not completely machine, are starting to make their way into our home and working lives.

Just last week at CES in Las Vegas, Sophia, an artificial super intelligent humanoid robot created by Hanson Robotics, was introduced to the tech world. Although this was not her first outing (in 2017 she was on chat shows, gave speeches at conferences and was even made a citizen of Saudi Arabia) this was a chance for her Hong Kong creators to show off her commercial capabilities. 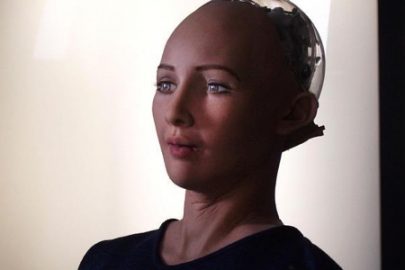 Created using breakthrough robotics and artificial intelligence, Sophia (above) is the most advanced, human-like robot personality, ever to be built. She can learn, teach, entertain, and help solve key challenges, and is even capable of holding natural conversations (to an extent). Although she currently only has a head, her Hong Kong creators are planning on adding humanoid legs to her later this year.

South-east Asian countries are leading the way in service and humanoid robotics. Japan, in particular, has made great strides in this field. Toyota’s Partner Robot Programme created Robina in 2007, with the aim of being kind, trustworthy and able to provide hospital care to patients. 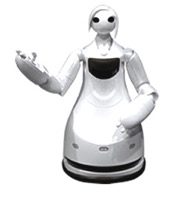 In 2012, the same company launched the less human-like HSR (Human Support Robot) which is intended to be a helper and caregiver in people’s everyday lives. Social robots, in the form of Tamagotchi pets, are also commonplace in Japan. And in the summer of 2015, the first hotel staffed entirely by robots, The Henn na (translated Weird Hotel) opened just outside Tokyo.

For centuries we’ve been fascinated by building human-like machines, robots that take human form or behave in life-like ways. Leonardo da Vinci created his version, a mechanical knight in 1495, that could stand, sit, raise its visor and independently maneuver its arms. Several centuries later in 1928, Britain’s first talking/moving robot (image below) was built by W H Richards, together with Alan H Renfell. Yet, as advancements in AI and technology have progressed, robots forms have moved on from their metallic counterparts. 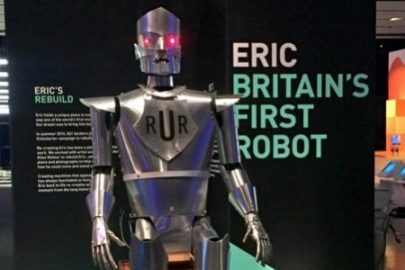 The recent exhibition on robots at the Science Museum in London demonstrated how far we have come in creating intelligent beings that interact with us. 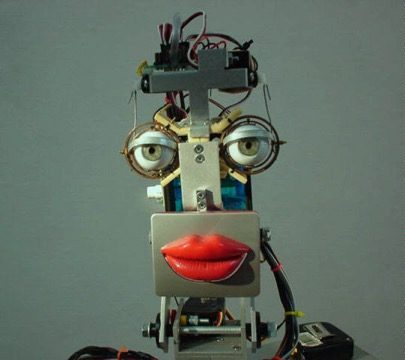 Inkha, (image above) built by Matthew Walker and Peter S Longyear in 2002, with her cocky tilting head and fluttering eyelashes, was a robotic receptionist that greeted visitors to Kings College London from 2003 to 2015. She dispensed directions and information, as well as attitude. 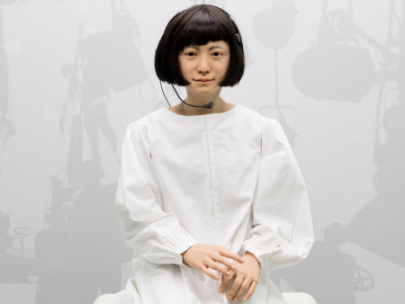 The Kodomoroid communication android (image above), modelled closely on a real person by Japan’s National Museum of Emerging Science and Innovation, is the world’s first robotic newscaster. While the soft-spoken android, launched in 2014, can read the news, it doesn’t understand what it is saying.

The Kaspar robot (above), created by the University of Hertfordshire, in 2015 has been designed to help children with autism. It is intentionally robotic, and its behaviour has been designed to be simple and predictable to enable autistic children to relate to it. It is hoped that in time, as autistic children build their confidence in engaging with the robot, Kaspar will help them to interact with real people too. 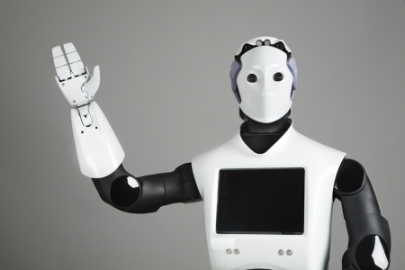 The Spanish robot REEM, launched in 2016, is one of the first commercial service robots of its kind. It is able to navigate independently in new environments using sound, laser, infrared and incline sensors, and safely interact with people face to face. It is one of a growing range of robots that is hoped can work alongside humans in places like hospitals and shopping centres. 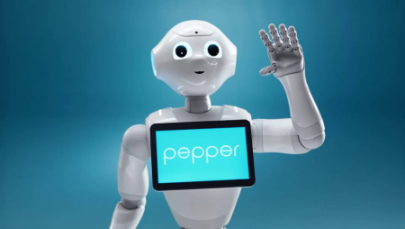 Pepper (above) is the fastest selling android in Japan. Its manufacturer claims that Pepper can hold conversations, read human emotions and even help with banking queries and hotel check-ins. It is believed that robots like Pepper will be employed in caring roles, entertaining children or nursing the elderly. 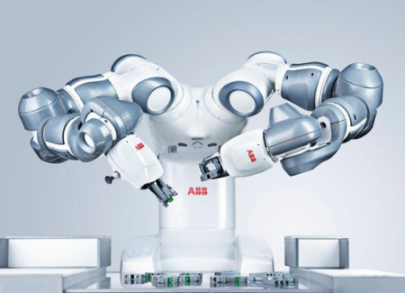 The YuMi collaborative robot (above) built by ABB in Switzerland in 2015, may not look human, but it has been designed to work closely with them, predominantly in factories. This collaborative robot can assemble lots and lots of small electronic components at speed, under the guidance of human co-workers. It uses sensors and smart programming to replace the no-go areas and safety cages traditionally associated with industrial robots.

Although realistically it will be some time before we see a widespread adoption of human-like robots in our homes and workplace, we are already unwittingly interacting with hundreds of robots on a daily basis – think bank ATMs, self service checkouts in supermarkets, automatic motorway tolls, artificial hips, hearing aids, pacemakers and Google search. As the digital world gathers pace and our homes and workplaces become smarter, we will find new ways of incorporating these intelligent beings into our lives.